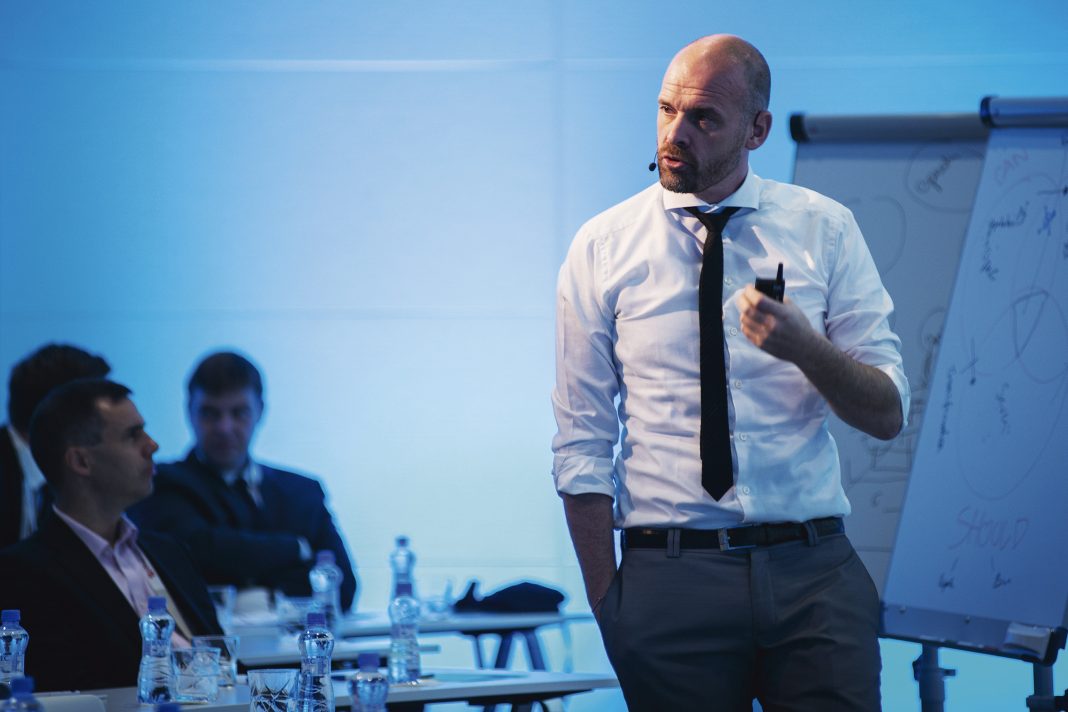 Henrik von Scheel has been named as one of the leading authorities on strategy and competitiveness by the Financial Times. Most of his work is applied to national economies, triggers global themes, influences GDP growth, resets policies, and shapes the performance of the fastest growing Fortune 100 companies. At present, he frontiers applying Industry 4.0 to leading organizations, investing in ground-breaking innovations and implementing next generation of wealth creation with the leading “Artificial Intelligence Trading Service” provider.

What exactly is the Fourth Industrial Revolution?

The 4th industrial revolution brings the fusion of the digital, the physical and the virtual world, and is the biggest structural change of the past 250 years. In its scale, scope, and complexity, the transformation will be unlike anything humankind has ever experienced before. It is disrupting every industry and economy in every country. And it fundamentally alters the way we live, work, consume, trade, invest, and how we relate to one another. Until now, there have been four industrial revolutions:

But despite being already the 4threvolution, Industry 4.0 is the biggest structural change in the past couple of hundred years. It is disrupting every aspect of our lives, of our economy, in every industry and country. And, due to its scale, scope, and complexity, this transformation will be unlike anything humankind has experienced before.

This new paradigm marries advanced production and operations techniques with smart digital technologies to create a digital enterprise that will not only be interconnected and autonomous but can communicate, analyze, and use data to drive further intelligent actions back in the physical world. It represents the way in which smart and connected technologies can become embedded within organizations, people, and assets, and is marked by the emergence of capabilities such as robotics, analytics, artificial intelligence and cognitive technologies, nanotechnology, quantum computing, wearables, the Internet of Things, additive manufacturing, and advanced materials.

What impact does Industry 4.0 actually have in today’s world?

First of all, Industry 4.0 comes in waves. The fourth industrial revolution works as an evolution that happens in several stages, or waves (of which you can see some in Figure 1, below). Each wave unlocks the paradigm shift of the next wave and so on. And there are certain technological requisites that unlock and enable newer technologies at later stages.

Currently, we have entered the 2nd wave of the 4th industrial revolution, whose main characteristic is that it radically changes the manufacturing industry. It alters the way in which companies are going to operate as well as the relationship between suppliers, customers and other third parties. There are going to be many more interactions between all those parties.

One of the most relevant advantages is going to be the amount of data that is being generated, and that can be used to adapt to changes rapidly, or even to anticipate these changes. The connected ecosystem that is being built, has many benefits and taking advantage of these is going to generate a competitive edge.

The 4th Industrial Revolution alters every aspect of our lives, economy, how we live, consume, work and relate to one another

Is there any gap between Industry 4.0 in developed countries and developing countries?

This is like comparing apples and pears. Anyway, if you really want to compare apples and pears, then the answer is “yes”. But the reality is different. Both the G7, G20 and developing countries have completely different maturity levels, and different drivers for growth productivity and competitiveness. In essence, the centerpiece of Industry 4.0 are actually the people – not technology. Ever since the first caveman shaped a flint, humanity has defined itself by the ability to equip itself with tools to manage its environment. The Industry 4.0 era will be no different.

When compared with previous industrial revolutions, the 3rd and the 4th revolution have evolved at an exponential rate rather than a linear pace. When trends collide, disruptions happen fast. In fact, so fast, that the tectonic plates of productivity and growth are shifting at a speed that reshapes the competitive and social landscape, and redefines the boundaries of prosperity, trade and values.

Are the speed and scale of change increasing?

As I’ve said before, the 4th industrial revolution brings the fusion of the digital, physical and virtual world, into what is called cyber-physical systems. Industry 4.0 is the biggest structural change in the past 250 years. In its scale, scope, and complexity, the transformation will be unlike anything humankind has ever experienced before. It is disrupting every industry and economy in every country. In fact, it fundamentally alters the way we live, work, consume, trade, invest, and how we relate to one another. You can see, it affects every corner of our life.

The fourth industrial revolution is defining the new boundaries of prosperity, the future of the workplace, and the policies that will lay the foundation for how companies compete and trade in the future. In fact, there are 17 distinct pillars of technology that are working simultaneously to bring together the digital, physical, and virtual worlds.

Each of these 17 pillars delivers unparalleled opportunities for growth and productivity, resetting the competitive landscape in a scale never seen before with smart products and new service models. It also creates the next generation of operational excellence, smart automation, connectivity and alignment across all of the value chain.

In a world that is being disrupted faster than ever, the question is not whether you will join in, but how. An age of disruption, as the current one, requires a rethinking of the core differentiation. Differentiation is what you do, every day, through repeatable activities to serve your customers better than the competition.

Each successive disruption erodes old industry borders and creates opportunities. The Industry 4.0 delivers unparalleled opportunities for growth and productivity. It resets the competitive landscape which carves the path for new innovations and new ways of thinking.

What foreseeable impact will the Industry 4.0 technologies have on employment?

We are in a global market, where skills, price and competition rule. 35% of the skills demanded for jobs across industries will change by 2020. And at least one in four workers in OECD countries is already reporting a skills mismatch with regards to the skills demanded actually by their current jobs.

The question is: what will be in high demand in two to five years? We are moving into an era where mindset is more important than skills (see figure 2, below). This is not to say that skills are not important anymore. But the mindset will be our ability to adopt, collaborate and bridge cross-competencies in specialized areas like Quantum Science, Artificial Intelligence and Pharmaceutical.

What is the main driver for companies to adopt Industry 4.0?

Actually, each industry has different drivers, but nevertheless they all have the following common three stages of adoption:

Is not adopting the Industry 4.0 paradigm already a problem for companies?

Yes, it is. If you are not adopting the changes, it basically disrupts your operations, business model, partnerships and your ability to stay relevant. And one of the main changes faced during adoption of Industry 4.0 is bridging the gap between strategy, design and delivery.